Changes to the Highway Code – How Will They Affect Me?

On 29 January 2022, several key changes have been made to the Highway Code. The aim of these changes is to improve road safety for people walking, cycling and riding horses.

What are the Key Changes to the Highway Code?

9 sections of the Highway Code have been amended however this article focuses on the most important of these changes.

The update introduces a risk-based hierarchy of road users – with the most vulnerable in the event of a collision at the top: 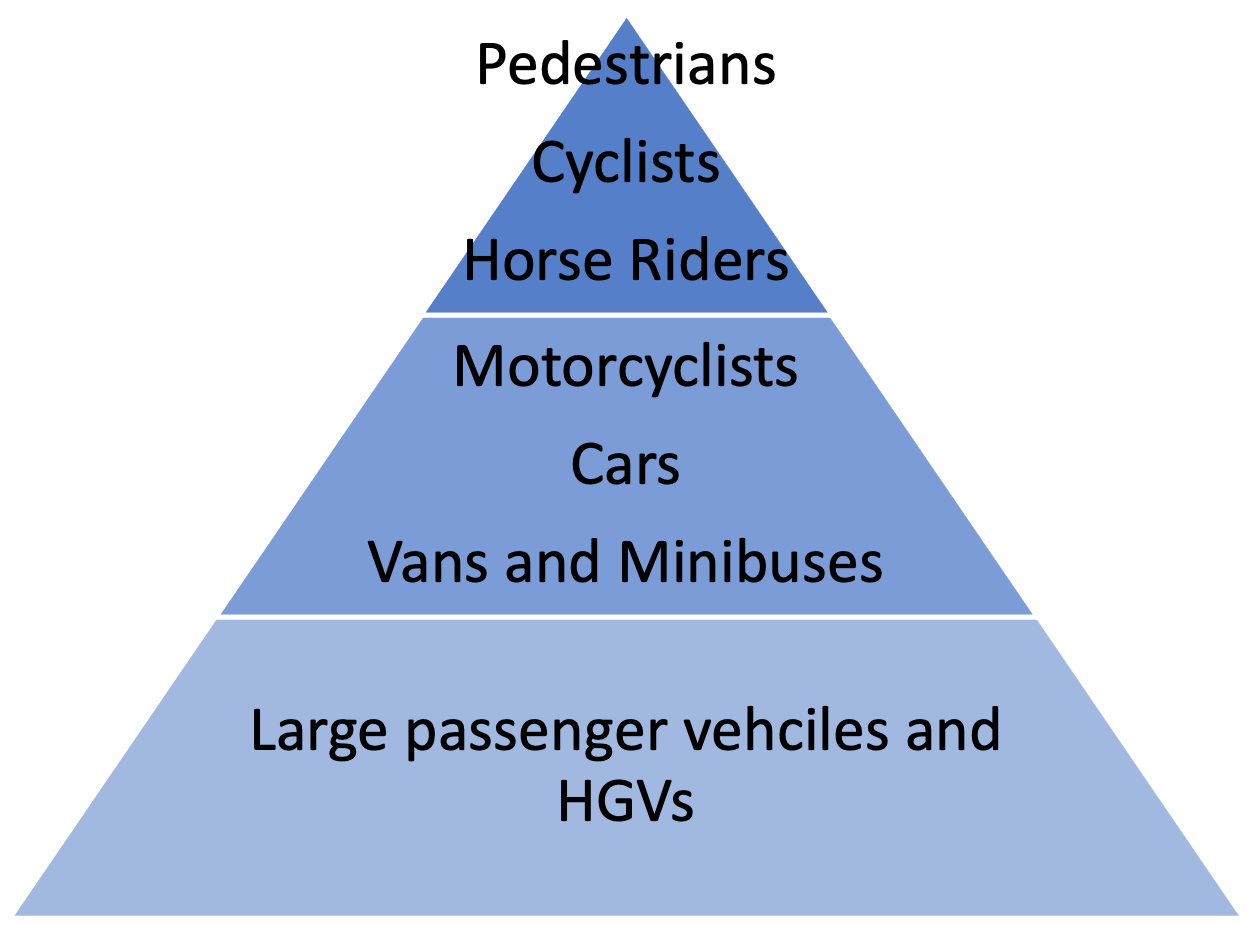 The idea is that those who can do the most harm to others on the road bear the greatest responsibility.

2. Priority for People Crossing at Junctions

Drivers no longer take priority at junctions and instead must give way to pedestrians who are either crossing or waiting to cross.

Cyclists as well as drivers and motorcyclists must give way to pedestrians crossing or waiting to cross on a zebra crossing.

3. Positioning In the Road When Cycling

The Code now allows cyclists to ride in the centre of the lane on quieter roads, in slow moving traffic and at the approach to junctions. This is to increase their visibility to other road users.

Cyclists must also keep at least 0.5 metres away from the kerb edge when riding on busy roads.

Those cycling in groups can ride 2 abreast however are asked to be considerate of those driving behind them and allow drivers to overtake them (e.g. by moving into single file).

4. Overtaking When Driving or Cycling

The code has updated the safe passing distances and speeds for those overtaking vulnerable road users:

This recommendation states that drivers should open their car door with the hand furthest away from the door. In doing so, this requires the driver or passenger to turn their head and look behind them, increasing the chance of them seeing an approaching cyclist or motorcyclist and thereby preventing a collision.

How will the Changes to the Highway Code Affect Me?

The hope is that these changes will improve the road safety for vulnerable road users, thereby reducing the number of accidents on the road.

However, the increased protection to pedestrians and cyclists could also make it easier for drivers to be found liable for accidents. Drivers should therefore make themselves familiar with the new changes.

If you would like to discuss a potential road traffic accident claim, please contact us on 01273 249200 for a free, no obligation discussion. We are happy to visit seriously injured clients at home or in hospital.