Leasehold Reform Is Firmly On The Agenda 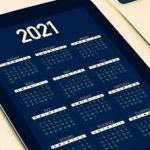 Last week’s Government announcement that leaseholders will have the right to extend their leases by a maximum term of 990 years at zero ground rent has been greeted positively but there is very little detail about the reforms and in particular the government has not committed to a timetable for their introduction.  The reforms also refer to changes to enfranchisement (the ability to purchase your freehold collectively) but even less is said about what they intend in relation to that.

The reforms will form part of a two-stage process, the second part involving the creation of a working group – the Commonhold Council – to prepare the way for take-up of commonhold ownership in place of leasehold for future developments.  The biggest bar to commonhold currently is that it does not currently have the support of mortgage lenders. There are substantial hurdles to overcome for its introduction but we do know the Government is committed to encouraging it as a replacement for leasehold in due course.

The Law Commission proposed changes last year which included a significant shift from the current statutory regime.  There is however no formal response from the Government to those recommendations, which included abolishing the two-year ownership requirement enabling leaseholders to extend their lease as soon as they purchase, and increasing the non-residential qualification rule to 50% (it is currently 25%).

The Government have said that the new measures will look to remove “marriage value” as part of the valuation exercise which will, at least in theory, result in a reduction in the premium payable and they will introduce new calculation rates in an attempt to make valuation “fairer, cheaper and more transparent”.  There is reference to use of an online calculator for leaseholders “to find out how much it will cost them”. There will also be the ability for leaseholders to avoid paying development value by agreeing restrictions on future property development.

Nothing has been said about the Law Commission’s proposals to simplify the “Right to Manage” process yet.

The announcement is a commitment to changing the statutory basis for lease extensions and freehold enfranchisement, but the detail is lacking and the timescales are unknown. The immediate “easy win” for the Government will be to regulate future ground rents in new leases and that may be brought in sooner than other measures. The announcement on lease extensions and premiums payable seems to suggest that there may be elements that a leaseholder can opt into or out of and whilst savings are intended and the process will be simplified, professional advice will clearly still be necessary.

We will provide updates as the matter progresses through Parliament.