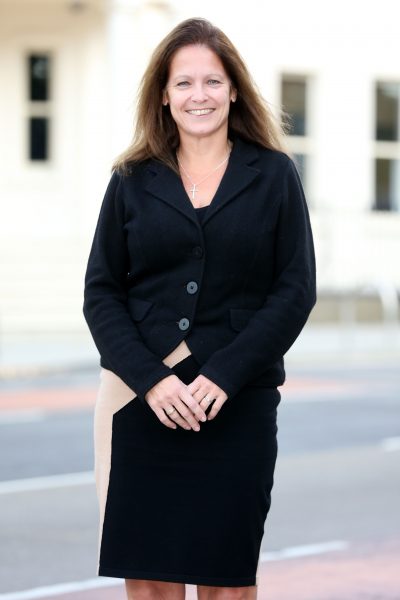 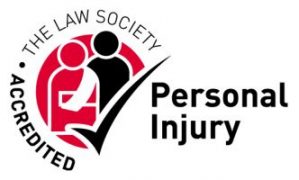 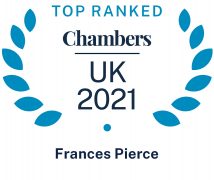 I am a Partner of the Personal and Medical Injury and the Court of Protection Teams at Dean Wilson LLP.  I like to play fair (valuing ethics) and have a caring nature, but can be robust when required to achieve the best for my clients

I have specialised in personal injury and clinical negligence litigation for over twenty-five years and have a particular interest in brain injuries.

In Chambers & Partners UK Legal Directory 2022 I am ranked as Band 1.   The publication says of me: Frances Pierce is recognised as one of the leaders nationally in personal injury work and is “very tenacious, experienced and reassuring – she always looks after the client’s best interests.” “She is very thorough, approachable and helpful” according to Chambers and Partner 2022. I have handled cases arising from RTAs and accidents at work, as well as specialising in brain and spinal cord injury, with additional strength in PTSD matters.

In The Legal 500 2022: ‘Frances Pierce [is] very approachable and responsive.’ Showing ‘impressive knowledge in the area of brain injury and give clear advice and summaries in response to questions, which instills confidence.’

Outside of work I enjoy family time, getting out and about in the British countryside with my family dogs, attending sporting events, taking part in charitable events and exploring the world with my two daughters.

Quote from a Past Client:

“I was involved in a fatal car accident where I lost my fiancée and my life as I knew it. I have suffered many difficulties due to my injuries from the accident and I have gone through every up and down physically and mentally. Frances has been a massive support to me and my family. Her knowledge and experience are second to none. She has guided me through a very complicated path knowing exactly who to contact to get me the best support and most importantly answers, both in the medical and legal fields. I would not hesitate to highly recommend her to anyone who finds themselves in unfortunate circumstances.”